Like the redneck moonshiners who pre-dated NASCAR, the Slave Patrols pre-dated this country’s police departments.

There are two historical narratives about the origins of American law enforcement.

Policing in southern slave-holding states had roots in slave patrols, squadrons made up of white volunteers empowered to use vigilante tactics to enforce laws related to slavery. They located and returned enslaved people who had escaped, crushed uprisings led by enslaved people and punished enslaved workers found or believed to have violated plantation rules.

The first slave patrols arose in South Carolina in the early 1700s. As University of Georgia social work professor Michael A. Robinson has written, by the time John Adams became the second U.S. president, every state that had not yet abolished slavery had them.

Members of slave patrols could forcefully enter anyone’s home, regardless of their race or ethnicity, based on suspicions that they were sheltering people who had escaped bondage.

The more commonly known precursors to modern law enforcement were centralized municipal police departments that began to form in the early 19th century, beginning in Boston and soon cropping up in New York City, Albany, Chicago, Philadelphia and elsewhere.

The first police forces were overwhelmingly white, male and more focused on responding to disorder than crime.

As Eastern Kentucky University criminologist Gary Potter explains, officers were expected to control a “dangerous underclass” that included African Americans, immigrants and the poor. Through the early 20th century, there were few standards for hiring or training officers.

Police corruption and violence – particularly against vulnerable people – were commonplace during the early 1900s. Additionally, the few African Americans who joined police forces were often assigned to black neighborhoods and faced discrimination on the job. In my opinion, these factors – controlling disorder, lack of adequate police training, lack of nonwhite officers and slave patrol origins – are among the forerunners of modern-day police brutality against African Americans.

The ratification of the 14th Amendment in 1868 quickly made the Black Codes illegal by giving formerly enslaved blacks equal protection of laws through the Constitution. But within two decades, Jim Crow laws aimed at subjugating African Americans and denying their civil rights were enacted across southern and some northern states, replacing the Black Codes.

For about 80 years, Jim Crow laws mandated separate public spaces for blacks and whites, such as schools, libraries, water fountains and restaurants – and enforcing them was part of the police’s job. Blacks who broke laws or violated social norms often endured police brutality.

Meanwhile, the authorities didn’t punish the perpetrators when African Americans were lynched. Nor did the judicial system hold the police accountable for failing to intervene when black people were being murdered by mobs.

On this day in 1917, Ell Persons, in his 50s, was lynched. He was accused of raping a white girl. He was beaten into a confession. He was doused with gasoline, burned alive and dismembered in front of thousands of spectators. Sandwiches and snacks were sold at the lynching. 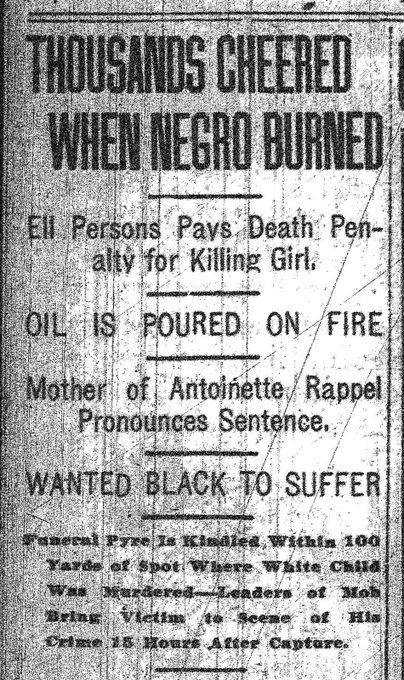 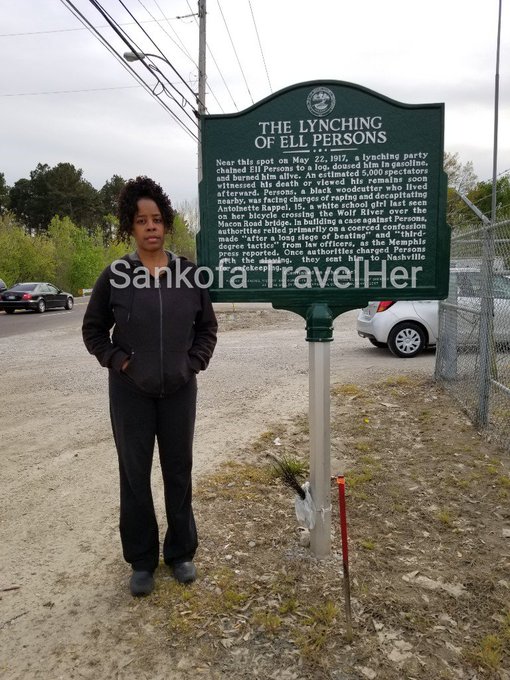 For the past five decades, the federal government has forbidden the use of racist regulations at the state and local level. Yet people of color are still more likely to be killed by the police than whites.

The Washington Post tracks the number of Americans killed by the police by race, gender and other characteristics. The newspaper’s database indicates that 229 out of 992 of those who died that way in 2018, 23% of the total, were black, even though only about 12% of the country is African American.

Policing’s institutional racism of decades and centuries ago still matters because policing culture has not changed as much as it could. For many African Americans, law enforcement represents a legacy of reinforced inequality in the justice system and resistance to advancement – even under pressure from the civil rights movement and its legacy.

When a Stanford University research team analyzed data collected between 2011 and 2017 from nearly 100 million traffic stops to look for evidence of systemic racial profiling, they found that black drivers were more likely to be pulled over and to have their cars searched than white drivers. They also found that the percentage of black drivers being stopped by police dropped after dark when a driver’s complexion is harder to see from outside the vehicle.

This persistent disparity in policing is disappointing because of progress in other regards.

There is greater understanding within the police that brutality, particularly lethal force, leads to public mistrust, and police forces are becoming more diverse.

What’s more, college students majoring in criminal justice who plan to become future law enforcement officers now frequently take “diversity in criminal justice” courses. This relatively new curriculum is designed to, among other things, make future police professionals more aware of their own biases and those of others. In my view, what these students learn in these classes will make them more attuned to the communities they serve once they enter the workforce.

In addition, law enforcement officers and leaders are being trained to recognize and minimize their own biases in New York City and other places where people of color are disproportionately stopped by the authorities and arrested.

But the persistence of racially biased policing means that unless American policing reckons with its racist roots, it is likely to keep repeating mistakes of the past. This will hinder police from fully protecting and serving the entire public.